What is friable asbestos? 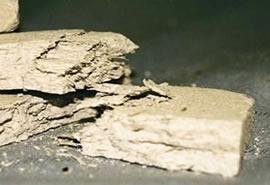 So what is friable asbestos?

It’s actually pretty simple: the word “friable” derives from the Latin word meaning “to crumble”, and friable materials are simply materials that are easily crumbled. (Note: it has nothing to do with the verb “to fry”!)

When asbestos becomes friable and breaks down, it releases tiny fibres into the air. If proper precautions aren’t taken, these fibres can be breathed in, doing long-term damage to the lungs which can lead to conditions like asbestosis, mesothelioma and lung cancer.

Non-friable (or “bonded”) asbestos is most commonly found in the form of building materials like fibro. In its original condition, it’s quite safe to be around. But over the years, weather damage and general wear and tear can damage the material to the point where it becomes friable.

Here’s an example of a clearly damaged section of asbestos pipe that has become friable (this is example only; friable asbestos doesn’t always look like this): 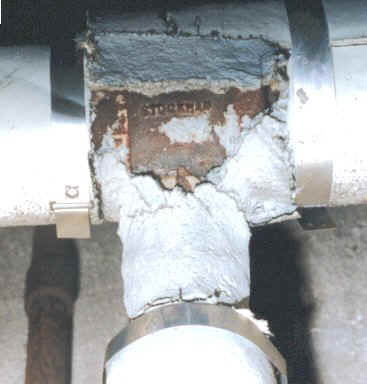 Bonded asbestos can also become friable when it’s damaged by human activity, so it’s important to be careful during renovations. Before you drill into that wall or rip up those vinyl floor tiles, make sure you’re not putting your family in danger. Get a sample tested for asbestos.

Treat all asbestos as potentially friable

Because of the risk that non-friable asbestos can become friable, Airsafe recommends you treat all asbestos as potentially friable. That means taking full precautions when getting asbestos removed.

How do you take precautions? Call Airsafe on (02) 9555 9034. We’ll recommend an asbestos removal contractor who won’t cut corners. We also offer air monitoring to make sure fibres aren’t released into the air during removal, and clearance inspections to make sure all asbestos has been properly removed.

Whether you can see it crumbling or not, never take chances with asbestos.