Fibro and Asbestos: Your questions answered 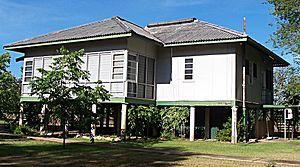 “Fibro” is an abbreviation for “fibrous cement sheet”. It’s a building product that uses a fibrous material – most commonly asbestos – to reinforce thin cement sheets.

Although asbestos-containing fibro has been used all around the world, historically Australia manufactured most of the world’s fibro, and also had the highest rates of fibro use. Entire suburbs in the post-war building boom were largely constructed of fibro, creating “fibro belts” in all Australian cities.

What types of fibro are there? 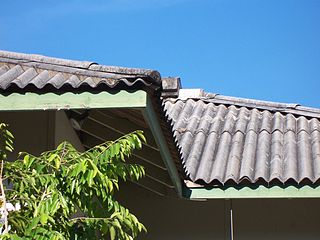 Other types of fibro include “Tilux” wet area sheeting, water and draining pipes, and moulded products.

Does all fibro contain asbestos?

No. The use of asbestos in fibro was phased out during the 1980s, and stopped entirely by 1987. Nowadays, fibro is reinforced with cellulose rather than asbestos.

However, fibro is nowhere near as popular a material as it used to be. If your home contains fibro, there’s a strong likelihood that it is the older, asbestos-containing variety.

Not necessarily. Fibro is a type of “bonded” asbestos, meaning that if it’s in good condition and left undisturbed, there’s no danger of asbestos fibres being released into the atmosphere.

However, that’s a big “if”! A number of things can happen to break down fibro, including:

All of these things carry the risk of making the asbestos “friable”, meaning that you could breathe in asbestos fibres, increasing your risk of severe respiratory illnesses such as mesothelioma, asbestosis and lung cancer.

What precautions should I take when dealing with fibro?

If you’ve found something in your house or workplace that you think might be asbestos from damaged fibro, the best thing to do is have a sample tested by Airsafe. We’ll get a definitive answer to you within a day. (Please note, we need a physical sample; we can’t give you an answer based on you describing the material over the phone.)

What if I need to remove fibro?

WorkCover NSW has a helpful guide to fibro and asbestos for homeowners and renovators [PDF].