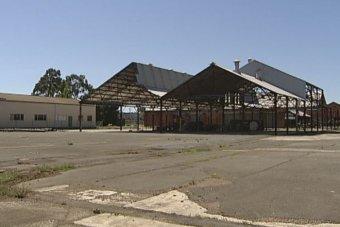 Australia has the second-highest rate of mesothelioma deaths across the globe, with more than 10, 000 people falling victim to the disease since the early 1980s. Far from getting better, research by The Australian Mesothelioma Registry suggests that the disease toll has slowly increased over time. It’s a truth that has hit close to home for residents of Sunshine North in Melbourne, where a five-month investigation by the Herald Sun newspaper has uncovered the biggest known suburban asbestos contamination in Australia to date.

As it stands, twenty-five Sunshine locals are known to have died or fallen ill from environmental exposure to asbestos from the Wunderlich factory, an old cement plant that had been one of the two big asbestos manufacturers in the country during the fifties. Situated between local schools and residential blocks, the Wunderlich grounds were frequently walked through by those who lived nearby. As a result, unlike those who fall ill due to work-related exposure, the victims of Sunshine have contracted asbestos related diseases simply by living in the wrong area, at the wrong time.

What did the Wunderlich Asbestos Factory do?

How were locals exposed to asbestos?

Currently, in Australia, people exposed to asbestos are often working in older buildings undergoing renovation or demolition. However, it’s believed many of the victims in Sunshine North could be unwell due to an exposure to environmental sources much earlier in life. Given the factory’s central location, many local residents would cut through the grounds of Wunderlich on their way to school or to the shops. Little did they know, the land had been littered with waste asbestos dust and broken sheeting for twenty years from the mid 1950s.

As a result, residents currently living in this area are also concerned about their exposure. However, at this stage it’s not clear if there is a true increase in asbestos-related disease in the community residences surrounding Wunderlich, though the Victorian Department of Health says investigations are underway to clarify this issue.

How was the connection with the Wunderlich factory discovered?

Slater & Gordon lawyer Margaret Kent has worked with hundreds of asbestos victims who have fought and won compensation from the company responsible for the majority of the Wunderlich issues — CSR. She believes that the area that surrounds the Wunderlich factory is home to the greatest concentration of environmental asbestos cases in Victoria. Ms Kent discovered the connection earlier this year when she began seeing the same street names featured on multiple case files in the office.

An investigation led by the Herald Sun has since confirmed that at least 16 people who grew up within 1km of the plant — none of whom worked for the factory — have died of asbestos-related diseases.

The worst may be yet to come

Only one week after the Herald Sun reported the findings of its investigation, the asbestos toll from the Wunderlich factory had doubled, with many additional reports of nearby residents who had passed away, or who were unwell, coming to the surface. It has sparked alarm in the community, with many residents of Sunshine North now fearful about whether or not they might have been exposed at some point in their past.

As part of their special investigation, the Herald Sun also commissioned contamination experts to test the ceiling cavities of eight homes in streets surrounding the Wunderlich factory site. In total, eight of ten homes in the area tested positive for brown or white asbestos, or both.

It begs the question, is the worst still yet to come? Given the non-occupational nature of the diagnoses, many locals now feel at risk simply due to their proximity to the factory. Regardless of whether or not residents have visited the grounds or worked in the construction industry, the spread of asbestos dust from the Wunderlich site seems to be frighteningly vast.

Could this happen in Sydney?

Although this is a Melbourne story, it’s one that could easily be repeated anywhere in Australia.

As we’ve seen with the Mr Fluffy story in Canberra, a massive asbestos scare doesn’t have to be the result of wilfully negligent behaviour: a combination of ignorance in the past with careless or incompetence in the present is enough to case potential disaster.

Not that wilful negligence around asbestos is in short supply either, as we’ve seen with multiple cases of illegal asbestos dumping in Sydney and New South Wales.

What should I do to prevent accidental asbestos exposure?

Remember, you don’t have to be living in a known asbestos-ridden area to be concerned about asbestos exposure. You can be exposed to asbestos simply by unwittingly disturbing asbestos-containing material while renovating a house.

If you’re planning to renovate or demolish your home or business premises, you can book an asbestos inspection from Airsafe. We’ll look over the building from top to bottom, inside or outside, test samples of any suspect materials in our state of the art laboratory, and advise you on what action you need to take, if any.

If there’s a particular material in your home that you suspects contain asbestos, find out how to safely collect a sample and send it to Airsafe for asbestos testing.

Finally, if you have any questions about asbestos, don’t hesitate to get in touch!