Asbestos and the NBN: The saga continues 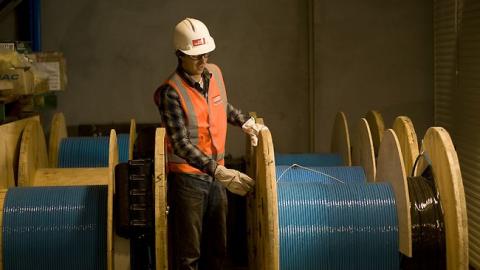 Since we last wrote about asbestos and the National Broadband Network, it has exploded into a major political scandal.

Unfortunately, given the prevalence of asbestos in Australia, it seems every major infrastructure project strikes an asbestos issue at some stage.

Rather than getting embroiled in the political blame game, let’s look at what lessons we can draw from the latest news.

At times, it seems like asbestos has receded into the background of Australian life. Despite the well-documented dangers posed by the presence of asbestos in so many Australian houses, schools and public buildings, it can often feel like asbestos has been put in the “too hard basket”.

But events of the last few weeks have proved that it doesn’t take much for Australians to start worrying about asbestos again.

As well as making sure that proper precautions are taken around asbestos-contaminated pits, the Australian Government needs to use this opportunity to make sure everybody working on construction projects is aware of the risks of asbestos, and knows when to call for expert advice. This is especially important when private subcontractors are being used to carry out public works.

Otherwise, this won’t be the last infrastructure project to be dogged by an asbestos scare. Getting this right is more important that apportioning blame.

The NBN Co will now be using specialised asbestos removal contractors to work around the asbestos-contaminated Telstra pits where the NBN is being installed.

As part of this more rigorous protocol, there will be air quality monitoring in place to ensure that workers and the public aren’t put at risk.

It probably goes without saying, but a more comprehensive risk management strategy earlier in the process, including air monitoring around sites known to contain asbestos, could have prevented the problems with the project from spiralling out of control.

It’s not just about asbestos

We have an understandable focus on asbestos at Airsafe, but it’s important not to ignore other risks from hazardous materials. In the case of the Telstra pits being used for the NBN, many of them are also contaminated with Dieldrin, a toxic termite pesticide that was used over many years to stop termite damage.

The combination of asbestos and Dieldrin makes remediation doubly complicated, as disposal requirements for the two materials are quite different.

At Airsafe, we have decades of experience in consulting on all kinds of hazardous materials, not just asbestos. We can test for Dieldrin and, if it’s found, advise on the best course of action. Contact us for more details.