6 household items that could contain asbestos

Asbestos in the Home Asbestos Awareness Asbestos Laws and Regulations 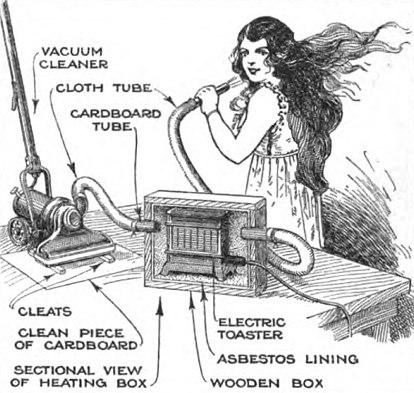 Recently it seems that, no matter where you are in Australia, the news has been filled with stories about the Mr Fluffy insulation scandal, an ongoing saga that has affected thousands of Australians. The dominance of the Mr Fluffy name in headlines is a result of plans made by the ACT and NSW governments to eradicate any lingering dangers of the loose-fill asbestos insulation company’s toxic legacy. The move to buy back and demolish houses affected will see over 1000 canberra homes levelled over the coming months.

The prominence of the Mr Fluffy news story has made sure that most Australians are now aware of asbestos being used in old roofing insulation. With thanks to the rise of of home renovation and the growth in overall asbestos awareness, asbestos danger zones in the everyday household are also more common knowledge.

Find out what to do about asbestos in your home.

Asbestos: it’s in more places than you think

Despite its prominence in Australian news, very few people realise just how common the use of asbestos once was. Given its wide availability and low cost, the fibre was once found in several everyday household goods. To this day, asbestos awareness organisations have to keep a close eye on the manufacturing ethos of many companies across the globe, ensuring that the harmful mineral is not still being used.

Until 1980, asbestos was contained in most hand-held hairdryers. These (now vintage) hair dryers are incredibly dangerous to use, as they blow asbestos-contaminated air directly into the user’s breathing zone.

According to Asbestos.com, several of the tools that hairdressers work with on a daily basis, such as hand-held dryers and hood-style hairdryers, once contained toxic levels of asbestos. But unfortunately, it was not only hairdressers who were once exposed.

It has been estimated that at one point, up to five million asbestos-containing hand-held dryers were in circulation. These beauty appliances were manufactured by several different brands, including Conair and Remington, making up approximately 90% of all annual domestic hairdryer sales.

Thankfully in 1979, when the U.S. Consumer Product Safety Commission found that dryers from 11 major brands contained dangerous amounts of asbestos, each of the manufacturers issued a voluntary refund and return policy for the potentially dangerous, contaminated equipment. These brands were then forced to discontinue production of all asbestos-insulated dryers.

During the 50s, 60s and 70s, many toasters were riddled with asbestos that had been used predominately for heat insulation in the body, as well as electrical insulation around the cord. Upon close examination of some of these retro bread-warming appliances, a variety of asbestos insulation panels (attached to heating elements) can be found.

While retro appliances have become a trend in recent years, antique collectors should be mindful when considering using these older style toasters.

Given that asbestos, by its very nature, is incredibly heat resistant, friable materials containing asbestos may be found in older domestic heaters (both portable and affixed), in the form of internal insulation. Thankfully, all heaters made from 1974 onwards have been asbestos free, thanks to laws banning the use of the fibre in manufacturing.

However, if you have purchased an older home that comes with heating devices, be mindful of the fact that they could contain asbestos. Replacing these appliances, or at the very least having them inspected by a professional, would be advisable.

Understandably, asbestos was also found in a range of vintage clothing irons. In the early 1900s, the mineral was used under the handles of the appliances, inside of a “hood” or cover that fitted over a heated “core”. The asbestos hood held in the heat, channeling it through the hot solid steel surface that pressed the clothes smooth.

Iron rests were also made with the most common variety of commercial asbestos, chrysotile asbestos. However, companies who once produced these potentially dangerous appliances, such as Craftmade Products Company (a division of Norton Accessories Manufacturers of New York prior to 1960), are no longer in operation.

Perhaps one of the most concerning findings of all, asbestos has been detected in children’s toys. Playthings containing the deadly mineral have been a major concern in the past, due to the heightened susceptibility of children to fibres that have entered the body. Asbestos.com reports that infants and children who are exposed to asbestos can develop related diseases relatively early in life—sometimes before the age of 20.

In 2000, the Seattle Post-Intelligencer reported findings of asbestos in three major brands of crayons: Crayola, Prang and Rose Art. As hard as it may be to believe, the asbestos had been found in the talc used by the crayon manufacturers as a binding agent. Concentrations were low, however the brands concerned in the scandal were still instructed to find a substitute for the harmful mineral.

According to the Asbestos Network, vermiculite can be found in fertilisers, pesticides, potting mixes and composts as a result of the aeration and drainage that it inherently provides. However, it is said that this mica ore may contain harmful traces of asbestos.

A study carried out by the US Environmental Protection Agency(EPA) discovered trace amounts of asbestos in 17 or 38 products tested (Sampling and Analysis of Consumer Garden Products that Contain Vermiculite, EPA, August 2000). As reported by the Asbestos Network, four of these products contained substantial amounts of asbestos:

Be aware of asbestos

In Australia, the sale and importation of asbestos has been banned by law. However, many South American countries are yet to ban the use of the mineral in manufacturing, or regulate the sale of a variety of asbestos-containing products.

For this reason, it’s a good idea to be mindful of any products purchased overseas. It’s also important to be wary of any second hand, retro or vintage goods, including old toys and severely dated electrical appliances.

If you’re concerned about asbestos in your home, Airsafe offers asbestos inspections and an accredited asbestos testing service.