Lead in paint: Are Australian children at risk?

Lead Testing Lead in the Home 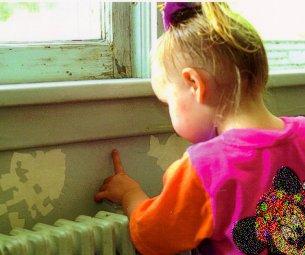 Recent research shows 100,000 Australian children may be at risk from exposure to lead in paint, even at levels currently deemed acceptable.

In a letter to the Medical Journal of Australia, researchers Chris Winder of the Australian Catholic University and Bruce Lanphear or Simon Fraser University in Canada warn that lead levels in the blood of children aged up to four could cause a range of learning and behavioural issues.

Current guidelines issued by the National Health and Medical Research Council (NHMRC) recommend lead levels below 10 micrograms per decilitre of blood. However, the researchers claim that health problems are being seen in children with levels lower than this:

New and overwhelming evidence indicates that even levels below 5 micrograms per decilitre are associated with a range of adverse health outcomes, including decreased intelligence and academic achievement, sociobehavioural problems such as attention deficit hyperactivity disorder, learning difficulties, oppositional and conduct disorders and delinquency.

Lead paint the most common cause of exposure

Some former lead mining areas in Australia have high residual levels of lead, but the most common cause of exposure is actually lead in paint, which is still found very frequently in houses built before 1976.

What householders can do about lead in paint

If you’re concerned about lead paint in your home, the first thing to do is have a sample tested in a NATA accredited laboratory by a company like Airsafe. This is the only way to tell for sure whether paint contains lead – we can’t tell you over the phone.

To get a definitive answer fast, start by collecting a sample for lead testing. If your sample does turn out to be lead, we’ll give you sound advice on what to do next.

New lead paint standards: Your old hazardous materials surveys may be out of date