7 products you won’t believe were made with asbestos 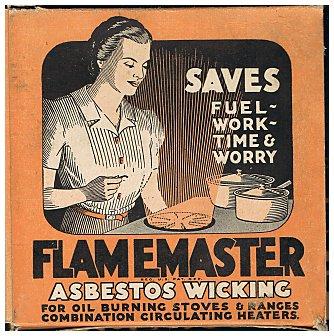 With the dangers of asbestos now common knowledge, it’s hard to imagine a time when it was a central part of commercial product manufacturing worldwide. But the uses of asbestos weren’t limited to just building and construction. Before its dangers were widely known, asbestos found its way into Christmas decorations, jewellery, and even clothing.

Why asbestos? The answer is simple. The material was cheap and durable, and acted as a natural insulator and fireproofing agent. Back in the day, asbestos was the go-to material, the affordable choice, the manufacturer’s dream.

So rampant was the asbestos craze, it’s estimated that the material has been used for more than 3,000 applications across the globe. And up until the mid 1980s, Australia was one of the countries with the highest users-per-capita rate in the world. Between 1930 and 1983, more than 1.5 million tonnes of asbestos were imported onto our shores, on top of the asbestos that we were already mining ourselves. We were asbestos addicted, and now many are paying the price.

Thankfully, times have changed. To show how far we’ve come, here are seven products that you won’t believe were once made from Asbestos.

Due to its small and fibrous nature, raw asbestos was once spun and woven into textile clothing and garments. The fireproof nature of asbestos garments made them ideal for use as protective clothing, such as uniforms for fire fighters, or jumpsuits designed for aviators flying aircrafts likely to crash and burn. It was believed that if you were wearing asbestos, you were indestructible.

As a result, factory workers often wore asbestos garments like coats, gloves and aprons, to protect themselves from extreme temperatures. Little did they know, their “protective” clothing emitted airborne fibres, exposing them to dangers of asbestos inhalation. Not unlike scrunchies, it’s a trend the world has thankfully left behind.

2. Asbestos in rope and string

Asbestos rope was an insulation material used to seal and protect boilers, pipes and heaters from fires. Asbestos string was composed of chrysotile and crocidolite, and was used in windings on welding electrodes and as thread for sewing together various textile products.

Since the days of its use, contractors, boilermakers, pipefitters and other workers have been exposed to asbestos in rope and string, in some cases contributing to a diagnosis of mesothelioma, asbestosis, or lung cancers. How long is a piece of asbestos string? You don’t want to know.

The asbestos iron pictured above is a vintage household appliance, where asbestos was used inside the “hood” or cover that fitted over its heated “core”. The iron held the heat that was then channeled through the steel surface, before it pressed the clothing smooth.

Vintage irons were generally made from chrysotile asbestos. They put homemakers and their families at risk of exposure, as well as laundry workers. New intact irons posed few dangers, but wear and tear could make the asbestos friable, increasing the likelihood of fibres becoming airborne.

If you thought drying your hair was safe, maybe think again. Older hair dryers have been proven to contain asbestos insulation, and it’s even possible that some cheap overseas-made hair dryers still use asbestos. Unsurprisingly, the material was used because the device’s heating element was a fire hazard. Asbestos was a cheap and easily-available flame retardant, used in countless household and industrial products.

So if you see an attractive-looking “vintage” hairdryer on sale at a secondhand market, think twice! Sometimes vintage style isn’t worth the risk.

Stove mats were protective devices designed to be placed over the top of a hot burner in order to prevent damage to pots and pans from hot stoves. They consisted of an asbestos cloth or canvas applied over a rigid material, often with an aluminium edge. The rigid material was often asbestos millboard, so stove mats were essentially made from asbestos wrapped around asbestos. These mats usually remained intact, but wear and tear could release asbestos fibers into the air.

Wicking is used for a variety of purposes, most famously to light candles, lanterns and stoves. Making wick from asbestos meant that the product could withstand extreme temperatures, and could even resist and help contain the spread of fire.

Unfortunately though, it couldn’t maintain good health—the wicking was highly poisonous. The toxins that were contained in even the smallest particles were enough to make a grown man extremely unwell.

Many films shot in the early twentieth century, including the likes of The Wizard of Oz, featured their actors being sprinkled with fake snow. Little do viewers realise, this effect was created by showering performers with chrysotile asbestos fibres, small snow like particles that were once used on movie sets, in department store displays, and even in private homes. Everybody wanted to get in on the fake asbestos snow action. And why not? From the mid-1930s to the 1950s, asbestos was seen as a versatile and harmless substance.

To date, it’s difficult to know the hazard that was presented by asbestos-based fake snow products. Most asbestos products involved some quantity of the fiber being used as part of a chemical compound that bound the fibres together, making them difficult to inhale until the material was damaged. But fake snow, often used in displays or in family homes, was simply pure white asbestos fibre piled up in drifts. Anyone who had any contact was inhaling deadly fibres in quantities normally associated with those working in asbestos mines.

Thankfully, you can safely shop for fake snow this Christmas knowing you won’t be exposed to asbestos…but spare a thought for the innocent workers and householders of the past, many of whom are still living with the consequences of the 20th century’s addiction to asbestos.

Questions about asbestos? Call Airsafe on (02) 9555 9034 for testing, monitoring, and expert advice.