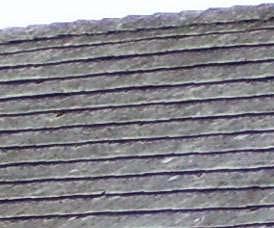 We recently dealt with a householder who nearly paid $20,000 too much for asbestos removal.

Here’s the story. A Sydney homeowner — we’ll call him Jack (not his real name) — had found some old asbestos shingles in his roof while renovating. Although this type of shingle is easily mistaken for slate, Jack was savvy enough to realise that he was dealing with asbestos and would have to get it removed.

So far, so good. But now Jack made his big mistake: he did a Google search for an asbestos removalist. The removalist took a quick look around and delivered the bad news: Jack had friable asbestos, and it would cost $25,000 to remove.

Jack thought this sounded like a lot. Fortunately, he remembered that he’d done some work for the owner of Airsafe earlier in the year. He gave us a call, and we immediately arranged for one of our consultants to come and inspect his property.

The consultant confirmed that the asbestos was in fact not friable. He then arranged for quotes from two of Airsafe’s most trusted asbestos removal contractors. Both quotes came in at around $5,000 — a fifth of what Jack had originally been quoted!

Not only did Jack save a lot of money, but because he was using Airsafe’s recommended asbestos removalists, the job was done right, with air monitoring, tip dockets, and a legally compliant clearance certificate.

If you’re not in Sydney, we still recommend talking to an asbestos consultant first. Look for a consultant who’s been in business for a long time, and has experience servicing commercial clients. Try to find a consultant who’s accredited by NATA, including the hard-to-get accreditation for asbestos identification. And make sure they have at least $5 million in professional indemnity insurance (ask to see a certificate of currency).

As awareness of asbestos grows, we expect to see more and more householders being ripped off. Avoid being one of them by talking to an asbestos consultant first.