Asbestos in the News Asbestos Awareness Asbestos Laws and Regulations 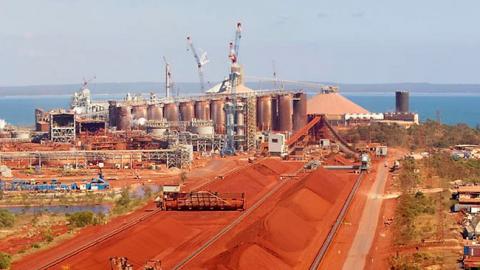 At its height, the asbestos industry reached into virtually every corner of Australia. The latest asbestos story began at an industrial site on the Gove peninsula, in the far north of the Northern Territory.

Zorko Zabic, 74, worked at the Gove alumina refinery in the 1970s cleaning asbestos from pipe works, and was diagnosed with mesothelioma after suffering chest pains early last year.

In January, twelve months after his initial diagnosis, the Supreme Court ruled that Mr Zabic developed the malignant mesothelioma as a result of his exposure to asbestos dust during his time at the Gove refinery, and that Mr Zabic’s exposure was a result of negligence by the then mine operators Alcon Gove, a company that has since been bought by mining giant Rio Tinto.

Even so, the court ruled against the claim because Mr Zabic’s symptoms emerged after the Workers Rehabilitation and Compensation Act came into full force in 1987.

The initial rejection of the claim was a result of the changes made to the workers compensation legislation in the Northern Territory in 1987, amendments that abolished workers’ rights to make a common law claim for injury. This meant that, by law, Zabic had to lodge his claim prior to 1987 in order to be eligible to lodge a common law claim.

But in March the Court of Appeal overturned the Supreme Court’s decision to reject Zabic’s claim, opening the door for Northern Territory asbestos victims to launch legal action, irrespective of when their symptoms first began to emerge.

Mr Zabic’s lawyer, Roger Singh from Shine Lawyers, says that the case and the ruling was an important one, adding that the decision would have widespread implications for the Northern Territory.

“Today’s decision is a win for workers, a win for their families and a win for humanity,” he said after the ruling.

Singh believes that the ruling will pave the way for many asbestos victims in the Northern Territory who have previously been denied justice to come forward and seek redress for themselves and for their families.

In March, Mr Zabic won his case against Rio Tinto. It was decided that Mr Zabic should be paid $425,000 in compensation, a decision that his lawyers described as just the “tip of the iceberg” of potential asbestos related cases in the Northern Territory.

On top of compensation, Rio Tinto also provided an undertaking to the court to pay Zabic’s legal costs.

Three months after Mr Zabic won his appeal, the High Court has allowed Rio Tinto to challenge the ruling, but still require the company to pay Mr Zabic the decided $425,000 in compensation. So, why are Rio Tinto involving themselves in another legal battle?

A spokesperson for Rio Tinto said that it was the company’s view that claims such as Zabic’s should be resolved through the workers’ compensation scheme, a scheme that has been specifically designed to resolve workplace injuries including those relating to asbestos. The workers’ compensation scheme, the spokesperson said, also provides more timely an certain outcomes than common law action.

“We believe the Court of Appeal’s decision is inconsistent with the intention of the legislation and of previous Court decisions across Australia,” the spokesperson said. “Importantly, we have never sought to deny Mr Zabic access to fair compensation but simply to clarify the process for seeking it.”

The CMFEU urges Rio Tinto to back down

CMFEU national secretary Michael O’Connor has come out and said that the Zabic ruling showed that the Northern Territory’s workers’ compensation legislation was inadequate as the 1987 statute of limitations did not allow for timelines associated with asbestos-related diseases.

“It [the Zabic appeal] has opened the door for other workers, including other Gove refinery workers, to achieve compensation through common law,” O’Connor said. “Rio Tinto should immediately drop its cynical challenge to this ruling and accept the rights of asbestos victims to pursue compensation claims through all legal avenues available to them.”

Since hearing of the mining giant’s moves to pass their responsibilities onto the workers’ compensation scheme, the CFMEU has launched a petition calling on Rio Tinto to drop the High Court challenge.

In the meantime, Rio Tinto remains of the view that legislation in the Northern Territory requires claims such as Mr Zabic’s to be resolved through the workers’ compensation scheme, which they maintain has been specifically designed to resolve workplace injuries including relating to asbestos.

The High Court case will be heard in August.

What can you do to help victims of mesothelioma?

If you’re concerned about the impact of asbestos-related illness such as mesothelioma, there are steps you can take to help. The Bernie Banton Foundation is a not-for-profit organisation that aims to make a difference by helping to alleviate exposure to asbestos, and promotes asbestos awareness, education and advocacy.