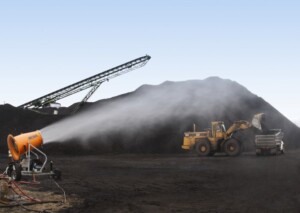 The updated exposure standards are:

NSW is the first jurisdiction in Australia to implement a standard for diesel emissions in the mining sector. This has come about because of an increased risk of exposure to accumulated exhaust in underground mines.

Coal miners are at risk for respiratory diseases caused by dust from mines. When inhaled, coal dust remains in the lungs. Long-term exposure can cause coal mine dust lung disease (also known as black lung disease). Miners with combined exposures to coal and crystalline silica dust can also get mixed dust pneumoconiosis.

These diseases cannot be cured, so prevention is critical. 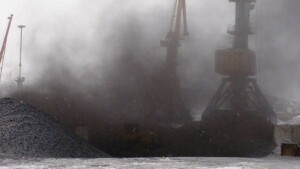 There is growing awareness of the risks of exposure to diesel exhaust in the mining industry.

Diesel exhaust emissions contain a complex mixture of gases, vapours, aerosols and particulate matter. Most mines use diesel engines in some form. Underground miners are exposed to concentrations of diesel particulate matter significantly higher than those in any other occupation.

All mines should have a documented strategy to control diesel emissions, to minimise people’s exposure as much as possible. This forms part of your obligations under

the Work Health and Safety (Mines and Petroleum Sites) Regulation 2014.

As part of the risk assessment process, you should consider workplace practices, training and culture:

Some practical steps you can take to minimise diesel emissions include:

Air monitoring is a particularly important measure in controlling the risk of diesel particulate exposure. It’s one of your obligations under clause 50 of the Work Health and Safety Regulation 2017.

How often to conduct monitoring, and what methods to use, depend on the risk. You should especially consider:

Air monitoring samples must be collected in accordance with Australian Standard sampling methodologies under the direction of a suitably competent Occupational Hygienist independent to the mine, with subsequent analysis undertaken by a NATA accredited laboratory using the NIOSH Method 5040.

As experts in air quality monitoring, Airsafe knows how to conduct an effective air monitoring program, beginning with placement of equipment, which is critical to the overall sampling strategy and interpretation of results. We use two different air monitoring methods:

All mines, quarries and petroleum sites are required to develop and implement a health control plan. A health control plan sets out how the operator will manage the risks to health associated with their mining or petroleum operations, as required by clause 26 of the Work Health and Safety (Mines and Petroleum Sites) Regulation.

Airsafe has many years of experience creating health control plans. We can help you make sure this important document is legally compliant.

We provide guidance for ongoing monitoring and analysis

Monitoring of a worker’s health is legally required when the hazard has the potential to exceed exposure limits, or when the level of risk from the hazard varies. Airsafe can guide you about the appropriate ongoing air monitoring and analysis program and help you to implement it.

Where possible, you should always try to remove or eliminate hazards from the workplace, for example by using a different process, or changing the way a job is done.

Airsafe will help you determine the right corrective actions to control generation of and limit worker exposure to dust, so far as reasonably practicable. 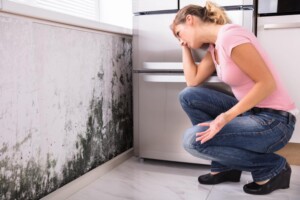 Mould inside a building can cause serious health problems, especially the toxic variety known as black mould. At Airsafe, we recently had a client who unfortunately left long-term mould issues untreated, resulting in a very serious illness.

If you suspect you have mould in your home or workplace, get Airsafe involved, sooner rather than later.

What is black mould?

Stachybotrys chartarum, also known as black mould or toxic black mould, is a type of mould often found in damp or water-damaged buildings.

How to identify black mould

The best way to identify black mould is by its smell and colour. Black mould has a mildewy or musty smell. True to its name, it’s distinctively black, whereas other mould species that grow in the house may be pink, grey, white or brown. 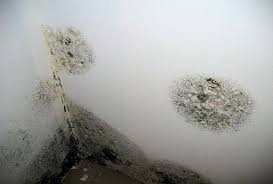 Black mould and your health

A number of symptoms can come from exposure to black mould, including:

Exposure to black mould may also cause heightened sensitivity, depending on the time and nature of exposure.

Black mould spores and associated toxins mainly cause harm via inhalation, ingestion, and contact. They can be spread through air, food, bedding or water, especially flood water.

At Airsafe, we know the risks of toxic mould

A recent example from Airsafe’s work shows what can happen if mould is left to grow.

One of our senior occupational hygienists inspected a house in Sydney’s affluent eastern suburbs to investigate a serious mould issue.

An unfixable broken water pipe under the house was causing high levels of moisture around the walls and floor surfaces. This was providing fertile ground for mould to grow, even though no water leaks were ever identified inside the house.

An occupant of the house had been experiencing allergies and skin conditions She eventually had to leave the house, and sadly has now been diagnosed with aspergillosis, a terminal illness associated with the mould in her house.

Toxic mould can be invisible and airborne. If anyone in your household or workplace suffers from asthma, a compromised immune system, breathing difficulties, or allergies, they are at risk of serious or fatal health problems if they are exposed to black mould over time.

How we assess buildings for mould

If you have any concerns about mould, the first step is to engage Airsafe for an assessment.

We begin with an inspection of the indoor environment. We survey the area for odours indicating mould or bacterial growth, moisture sources such as stagnant water or leaking pipes, and water-damaged building materials.

Air sampling is the most common way in which we assess mould levels, as it’s considered the most reliable way of assessing respiratory exposure to mould.

We sample both indoor and outdoor air comparing mould spore concentrations. If the indoor concentration is higher, or the mould is of different species, this can indicate an indoor hazard.

Where we suspect mould on a specific indoor surface, we conduct surface sampling. Surface sampling can also be used to identify the source of mould exposure.

How we solve a mould problem

Once we’ve identified a mould problem, we set about solving it.

Items that are beyond repair will require disposal. These might include porous items like mattresses, pillows, timber or plasterboard which may have absorbed quantities of mould and contaminated water.

Once the source of contamination has been found and stopped, drying will be required. This is important to prevent the mould from spreading more throughout the building. While drying is completed, it’s important avoid disturbing the mould spores and dust, which might cause them to re-enter the air inside the building.

With all the surfaces dried out, remaining items within the building will need cleaning with a damp wipe or A HEPA vacuum.

If mould spores have gotten into the air ducts and vents, they can circulate around the building inadvertently, so these areas need to be thoroughly cleaned as well.

Once all these actions have been taken, we complete a visual inspection and repeat air or surface sampling as required. New samples are sent to a laboratory for analysis before a clearance certificate is issued.